GD and LecturetteTopics ~ Which is the biggest problem our country is facing?

Guys I will always recommend you to, that before going for yourSSB interview you should prepare some of the important Group Discussion and Lecturettetopics that likely to be asked in your GTO section. This topic will cover the three aspects i.e. a general ideaon Illiteracy, poverty and population. In GD you are supposed to come to a GTO Section- GD topicsconclusion at the end. So after reading this post just think about the solutionfor these problems.

India todayis a country of more than 1 billion people. We as a nation are faced by numberof problems. The Illiteracy, poverty and population are the main issues. These threeproblems are interrelated and it is like a big tree where Illiteracy is a trunkof the tree, poverty is like the branches and Population is like the leaves. Forour country to progress we need to tackle all three simultaneously.

India’sliteracy rate today stands at 65%. Out of every 100 persons who join class,barely 30 complete class V. 28% of schools have either one or no teacher atall. Our founding fathers had promised in the directive principles of theconstitution (1950) to provide within 10 years free and compulsory educationfor all the children under the age of 14 years. Ten years have stretched to 50years. On the human resource index we today stand at 154 out of 201 nations. Twothird of our population is poor which earns they do not have the minimum levelof education necessary for functioning of the human capabilities. Take theexample of china, which made primary education free and compulsory as late as1986.Literacy rate inIndia Males:75.85% Females: 54.16%

We havethe highest number of poor and hungry people in the world. Almost 36% ofpopulation go to bed without “  Twosquare meals a day ”. Despite the national food grain output touching a recordhigh of 189.6 million tones in 1995, India is not free from chronic and endemicstarvation. Incidently India’s food production is higher than China yet everybodyin the communist country has enough to eat. In India, however, one out of everytwo children under five is malnourished. The problem is low purchasing power ofpeople. Most of our population is a vast unorganized sector, which is characterizedby low production and low income. Even if these people work for  14 hours a day they do not make enough to buyfood. The “Public Distribution System” (PDS ) meets the need of only 25% of thepopulation. As for poverty alleviation schee such as “integrated RuralDevelopment Program”, “Jawahar Rozgar Yozna”, only 15 paise of every rupeeactually spent reaches the poor. The solution resets in creating the employmentopportunities and in working fro botto up.

Indiaofficially had a population of 1179,652,599 on april 2010. Between 2035 and2050A.d we will well supass China. The “crude Birth Rate” in India is 27.4,while china has bought it down to 16. If we make a random survey we shall findthat still there are women as well as men who are not able to grasp why theyshould have less children. The television instructs through advertisements andtableaus about the merit of a small, manageable family. But still there arefamilies that suffer from diehard superstition. Theyconsider adoption as an unholy activity. Again the backward tradition ofprofessional ancestry is also firmly rooted in a large cross-section of ourIndian society. A blacksmith, a carpenter, a mason or a tailor promptly trainshis children to pick up the trade of their father. Naturally they have apsychological make-up that the more sons they have the more they can employ.Thus a laborer produces more as that mean more income.

Men,themselves must realize the merits of a small family. Another factor thatencourages the growth-rate is religion. Some communities consider any mandateor statutory method of prohibition to be sacrilegious. India being a secularstate, she cannot exercise any check or restraint on religious grounds. Somepolitical party tried to circumvent intelligently this difficulty overreligious freedom. It decided to increase the tuition fee of the boys inproportion to the number of their brothers. Those having more brothers werecharged more. According to the laws of moral propriety, the reverse should havebeen the case. That is, the more the brothers, the lesser the fees, so that alesser load is placed on the guardian. But the purpose of the law was to exercisea check on the birth-rate.Education atthe grass root, more equitable distribution of the natural wealth, restrictionson religious fanatics that would damage the country’s economy by unnecessarybirths, and lastly, weight age to voting not by number but by some other method– these alone can bring about a kind of effective control over the populationproblem.

Guys you were continuously asking to upload a pdf for current affairs September:2014 i have created this book for your SSB interview preparation as well as All general competition exams When your reaction to a negative word is positive, it will be easy for you to make a sentence from the word. The tip is to form a positive idea 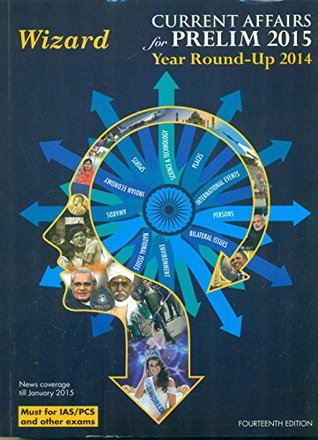 I am putting a very best book for current affairs for January: 2014. The book consist of all important current affairs- national, International and sports in short, precise and best